This is the one where the flowers the guys wore were seated in shotgun shells — even though it was not what we would call a “shotgun wedding” Here’s the picture I showed some of you a couple of Sundays ago.

They had wanted to do feathers instead of flowers, but when they went hunting (literally) the day before they found nothing with feathers. Such is how things often go in a rural Central Alberta wedding…

The setting was quite something. It was on a hill overlooking a lake. 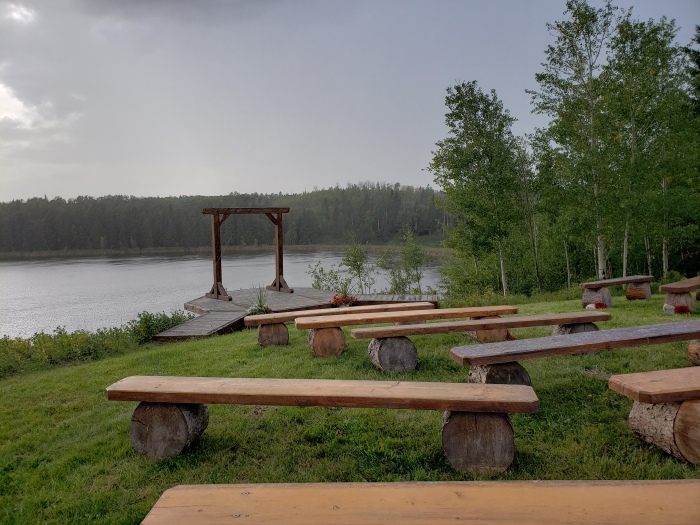 A family from the church own’s the land, and they’ve set up trails (it was a long walk from where we parked to this site) and this is the seventh family wedding… as you can see they’ve built a platform and benches for such occasions. Just out of sight in this picture behind the trees on the right, just steps from the beach is a lovely log cabin. Wonderful stuff.

That’s not why I started this post though. I wanted to share the picture of the shotgunshell boutonnière, for sure, but I more want to talk about how I see the church’s view of marrage in the light of the cultural captivity I spoke of Sunday.

I use the language “performing a wedding ceremony” above with very specific reasons. In my view the couple were already married in God’s eyes and we were having a time of worship together to solemnize what already was.

See, the couple were living together when they asked if I would do their wedding. I have seen, far too often, that a church spoils the relationship of a couple to the church — and of the couple to what fledgling faith connection they have — by drawing a hard line around the living together. So I tend to start with the couple where they already are, and try to build the faith they have and their relationship with a gracious God. I don’t hesitate to share with them (I do two main passage studies with couples) what God wants in a marriage. Fidelity etc. But I don’t make them retreat into a pretence of apartness so the church can feel comfortable. Lots there…

For myself, and there are many stories and examples here of how I came to this, if a couple who had faith in God gets intimate emotionally and physically and have sexual intercourse — they are already married in God’s eyes. All else is human tradtion and invention. Cultural Captivity. With this understanding I see so much of the evangelical “defense” of marriage as very odd,  like defending women wearing hats and gloves in church…

A long time ago I was part of a classis study committee on cohabitation. There were things that were good challenges to my thinking before that, but being part of researching and writing that report clarified for me that we have loaded a lot of social stuff onto marriage that does not need to be there. I’ll include two versions of the report, a summary we did, and the full report. These should serve as some explanation of where I stand on this. 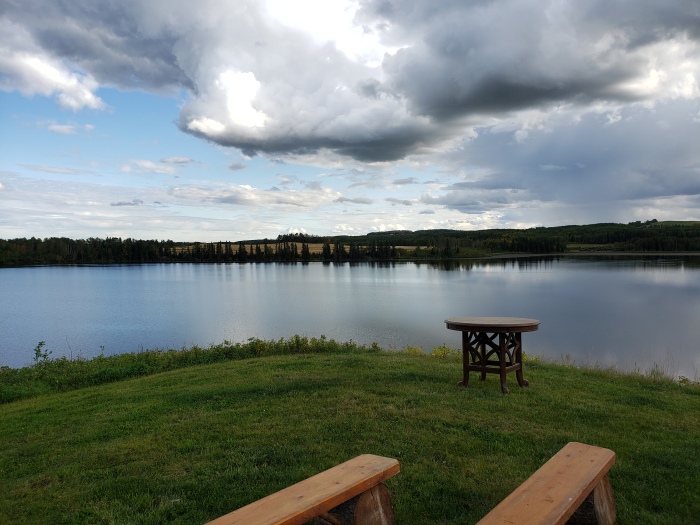 View all posts by Pastor Pete

10 thoughts on “I performed a marriage ceremony two weekends ago”