What follows is an adapation of a blog post I originally wrote when I was at the Nobleford CRC for two years. It is from the time when I was beginning to formulate my “Unresolved Trauma in Dutch Immigrants” theory. The blog post identifies the church. I decided to leave that info in there. The pattern is one we STM’s all face in our work, wherever it happens. 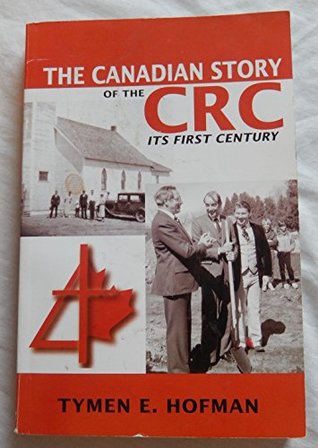 “Trauma in the life of those losing what they believe they cannot live without” is my summary of a main thought from a book I read. Losing things we believe we cannot live without is indeed hard and traumatic. If we don’t have a healthy way of letting go, we are going to have a hard time.

I doubt this will make sense to you directly if you are 20 or younger and reading this, but it may help you understand grandma or grandpa better.

In crass summary form, we can say: Life begins at conception, and physical growth goes forward from that point until the human reaches their peak shape, somewhere between maybe 19 and 29. From that point on a loss of physical ability usually begins to be experienced. And it continues for the rest of life. It is hard to accept.

In my High School days I was an unbeatable sprinter in the 100. I only ever lost once, and  that was a heat where I got cocky and complacent. Without much practice or training I set records that stood for almost 20 years. On my 40th birthday I wondered if I “still had it” as I found myself on a wide wet beach with a group of my son’s friends. I drew a line in the hard packed sand, paced off about 100 meters, and came back and challenged the guys. They of course thought this was going to be easy racing a desk-bound pastor, but after someone counted down and said “go!” their attitude changed as they saw me burst away. I could hear the sounds of flippant laughter change to determined breathing and pounding behind me. Near the finish line one guy, cigarrette still clenched in the corner of his mouth, was breathing down my neck, and I know that in a few more paces he would overtake me, but I crossed the line first. I still had it!

But boy did I suffer for three weeks afterward for believing I could still do that. Of course, I suffered with a big satisfied smile behind the grimaces. And I just knew that it was wise to let go of the idea of being an always-winning sprinter anymore… except to tell the stories of those glory days of course…

The same thing happens in religious and spiritual life. A group goes on a retreat, and they have a great experience, and they learn a song that for them expresses that whole experience, and every time they sing that song they try to relive that experience, not acknowledging it has passed, and the song can’t magically spread the experience to others. In their unwillingness to accept it is past, they stimulate confusion and maybe irritation in others. The same can happen with any song or any religious practice that has had meaning in the past. People can lock into it as if it is the be-all and end-all of being a Christian, and it creates confusion and irritation. In a similar way, if a church does not find a way to deal with that kind of thing, and when it is time to let go of things that were once good, and instead keeps caving to the need for comfortableness, it will be held back from being all that it can be in the moment of today.

The book I was reading that got me thinking about all this is about the immigrant experience of coming from Europe to Canada. And the part of the book the idea is expressed in, is where the author is talking about the struggle to change from Dutch to English, especially in worship and in the teaching program of the church. There was huge resistance and difficulty. The people resisting thought they could not live without that language. After all, they had learned the things of God in that language, and they probably believed it was the only language spoken in heaven, as all immigrants tend to do of their own tongue. So both the language itself and the teaching of the things about God in that language were hung on to for far longer than they should have been — we see that now. But they didn’t, and it was hard. But seeing their mistake gives us a chance to ask ourselves: “What might we be hanging on to inappropriately today?”

I say with confidence that this pattern is part of the organizational DNA of the Nobleford CRC. I have seen significant evidence of it myself already. It shows anytime someone is clinging to things being done “as we’ve always done them” as if we cannot live without them being done that way.  And I can see how hard and traumatic it is for people who have not learned some important things about growth and life. You see, if there is growth, that automatically means things will change. (by the way, the reverse is not as true: if there is change therefore there is growth, which is also where a lot of churches make a mistake, making change happen without growth). Think about this: Do you know anything that grows that is not changing in some way? I can’t think of one thing. The same is true of spiritual and religious growth. If there is growth, then understandings are changing, relationship with God is adjusting, deepening, widening and along with that often one’s practices of the faith and even teachings about the faith change because of new and deeper understanding. Yet — like 40-year-old former sprinters — we cling to something that is not fitting anymore, to what used to make us great. Can you see the silliness of it?

Another reason I feel confident saying this about Nobleford CRC is that the book I am reading that got me writing this is about her history. The summary statement I started with is an abbreviation of a sentence that for some reason gripped my attention when I read it in Ty Hofman’s “The Strength of their Years.” Here’s the full quote in the context of him telling what difficulties came about from some wanting to switch to English:

“To outline the significant dates and decisions which moved a strictly “Dutch” congregation to become a church worshipping “in the language of the land” does not begin to reveal the struggle and the trauma that was involved in the lives of individuals and families, even in situations less dramatic than in the life of the Postman family. The trauma was mainly in the life of those who could see they were losing, slowly but surely, something without which they believed they could not live. They were people who immigrated a bit later in life, who came somewhat later in the life of the settlement and in almost every case, people who made little effort to learn the English language. It was possible for such to live in the settlement without doing so; learning English seemed to them an insurmountable task. They felt terribly threatened by every evidence that the church was changing.” — Pg 67 “The Strength of their Years”

Spiritual and religious growth can feel like an insurmountable task as well. And we by nature prefer to stay comfortable in what we know, thereby resisting growth, because growth has risk and possible pain and loss to it in order to gain it’s benefit. I think Rev Hofman — who knew the Nobleford context better than I probably ever will — absolutely nailed one dangerous dynamic that is woven into the way we operate here. Our challenge is to find a spiritually and psychologically healthy way forward in faith.